It is the end of another year and as far as the weather is concerned the contrast with last year could not be greater. It is very mild and I noticed that a lone geranium which I had not lifted in still looks quite healthy.

Molly is peacefully asleep in her bed, having consumed breakfast and also a small shrew-like creature which the cat had left outside the back door. Daffodils are well up and it is tempting to go outside and do some gardening. My three chickens are enjoying pecking for grubs. I am hoping to get some more soon to replace those lost to the fox.

My local history classes resume the week beginning 9th January in Howden, Eastrington and Goole. It will be nice to see everyone again and perhaps welcome new students.

I have enjoyed researching some interesting families this year. It is always rewarding to find that missing link for someone or to trace changing fortunes of a family through the generations.

Many of those for whom I have carried out research have become friends via the medium of email and it is particularly interesting to find out about the lives of those who left the local area and became pioneer settlers in USA, Canada and Australia.

I also have enjoyed finding old pictures for those who are searching for a photo of their ancestor or where they lived. It is frustrating that many of our forebears did not write on the back of their old family photos - but do we?

I have a large collection of  football team pictures from Goole from the 1890s-1920s and these are wonderful as they are mainly all named. If only school pictures had been named too.
Posted by Susan Butler at Saturday, December 31, 2011 No comments:

Christmas is over, the duck has been eaten, presents exchanged and we have had a traditional long Boxing Day walk.

I have a new computer and am spending some time sorting out my old photos. It is wonderful to be able to see them all in an organised way but there are some which I need help with. 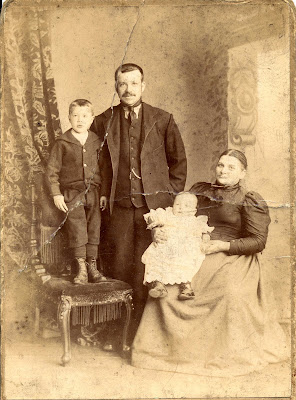 Posted by Susan Butler at Monday, December 26, 2011 No comments:

Today is Christmas Eve, grey, cold and damp but nothing like the Arctic conditions of last year. We have now passed the shortest day (21st December) and when my mother and I used to write Country Notes in the Goole Times we always took pleasure in explaining that from now on the days are 'a cockstride' lighter.

East Yorkshire dialect has many of its roots in country lore and in the language of our Norse ancestors. Words such as 'bairn' (a child) and flitting (moving house) would easily be recognisable to them.

I enjoy listening to such dialect speakers and probably use dialect words myself without knowing. I do remember a visitor asking if a cable was 'wick' and being puzzled until I realised he meant  'was it live?' in the sense that a dog could be 'wick with fleas'!

We are feeding the birds with fat balls, beloved of blue tits and with kitchen scraps. But now we have Molly there is little left. Yesterday she enjoyed much of the rind of a butternut squash.

Tomorrow we shall be going to church at Laxton in the morning - my daughter plays the organ for the service - and then to family for Christmas dinner. I hope all blog readers enjoy their Christmas.
Posted by Susan Butler at Saturday, December 24, 2011 No comments:

I often write about the history of Goole or Howden but I was brought up in Eastrington where my mother's family (the Nurses) have lived  since the seventeenth century. I wrote a book about the village a couple of years ago (Eastrington, an East Riding Village) which had taken me perhaps 30 years to research and write. The problem was that there was always something new to find out but I finally decided enough was enough and published.

Since then I have sold almost 700 copies (there are still plenty left!) and have met, either in person or over the internet, many people with Eastrington connections. Some are descended from those who emigrated to Canada in the 1830s, a few from the criminals who were transported to Australia, but many are people who were born in Eastrington, often went to school there and then settled elsewhere in the UK.

Eastrington is still a rural community where most people know their neighbours. It has a school, a beautiful old church, a shop and post office, a pub, a garage and a village hall.

I attended the village school (the old one) where I was taught by Mrs White, Mrs Leadill and Mr Thomas. I went regularly to St Michael's church and remember when Rev. Maurice Clarke was the vicar. My ancestors are commemorated on the walls and in the churchyard and I always feel at home there.

I went to buy kali and sherbert from the village shop run by Joan Dove, a childhood friend of my mother's and sometimes went to the other shop run by the Holland family. In my childhood too there were Lilleys' and Holmes' butchers where you could buy pork pies and sausages.

I went to buy stamps from the village post office run by Arnold Hoggard but never went in the Black Swan. My father did sometimes and would bring us home a packet of crisps but the pub was not then for families.

I remember the old garage being built by George Benson and going there a lot when my friend Susan  lived there and Joe Kendrick ran it. Now there is a new garage run by Kevin Stevens where my car goes for its all too frequent repairs.

The village hall too is new - there is now a house built where the old one stood and where we had Sunday school parties, blind sales  and agricultural show dances.

Do add your memories in the comments box below.
Posted by Susan Butler at Sunday, December 11, 2011 No comments:

I was pleased to receive this week a letter from Josephine who has, with the help of some people who used to work there, identified nearly all the people on the Herons mill picture I put on my blog a couple of weeks ago. With her permission I have now added the names to the picture. I shall, in the near future put on more pictures in the hope that the people on them can be similarly identified.

It is now December and although nothing like as cold as it was last year it is still cold enough to need the heating on. I have a Rayburn and whilst cleaning it out last week found that one of the fire bars had broken. When I looked more carefully another was very worn and the bar they all rest on was bent. I did try to buy new ones locally but no one had them in stock. The internet can be useful as I ordered them from Wrexham and they arrived in two days. The only downside is that each firebar cost £25!!

Molly, the puppy, is now nearly 5 months old. She is slightly calmer but still chews anything within reach. She enjoys rugs and carpet corners at the moment. On the plus side she is learning basic commands like sit, stay and down. She comes back  fairly well  when I whistle for her but has a tendency to look back and wonder whether she can get away with not coming just yet!

I should go now and take her for a walk.
Posted by Susan Butler at Saturday, December 03, 2011 No comments: