At last it has stopped raining and we can cut the grass. Much longer and we would be haymaking. I really enjoy this time of year when everything is growing and the garden is vaguely under control. The potatoes are up and need earthing up, the onions are almost established and my broad beans look quite healthy.

I am not as keen when the sun is shining to sit at the computer but I have been spending some time trying to convert  my fourth Goole pictorial history book into an e book. It is not as easy as I thought, mainly because the book is full of images and the text floats about, separating pictures from captions. But I am persevering and hope to have it available in the next few weeks.

On Monday evening I attended the Boothferry History group meeting and enjoyed a presentation by Pippa Stainton on the subject of Rawcliffe and Rawcliffe Bridge. In fact we saw several pictures of the various bridges. There is  the bridge over the Don or Dutch River and another over the adjacent Aire and Calder canal. The canal was opened in 1826 and several  industries grew up around the bridge. These included a tar works, a brickworks which later was converted to a sugar beet works, a paper mill and of course Croda chemicals which took over a disused waterworks on the canal bank in 1925.

Pippa  enjoys using Photoshop to bring old photos to life and, at the end of August, in conjunction with other local historians including Gilbert Tawn and myself, she is having an exhibition at Junction in Goole. Between us we hope to display our large collection of old photographs to a wider audience. 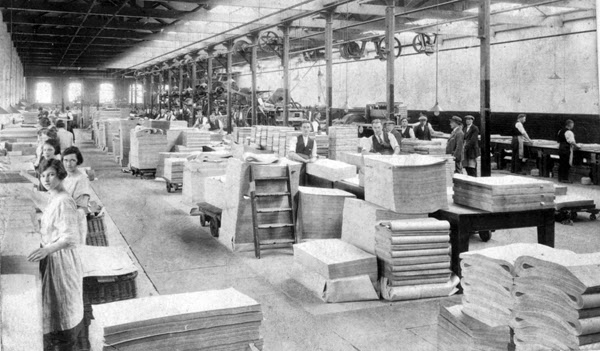 While looking up some details for this post I came across a reference to Joseph Turner, founder of the paper mill at Rawcliffe Bridge on the friends of Darwen cemetery site which gives some intereting biographical information about him.