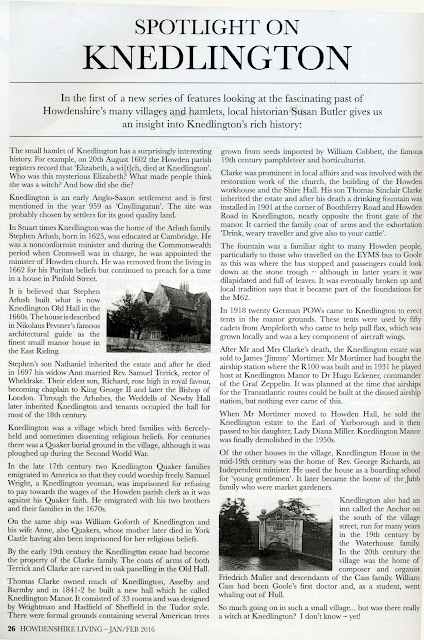 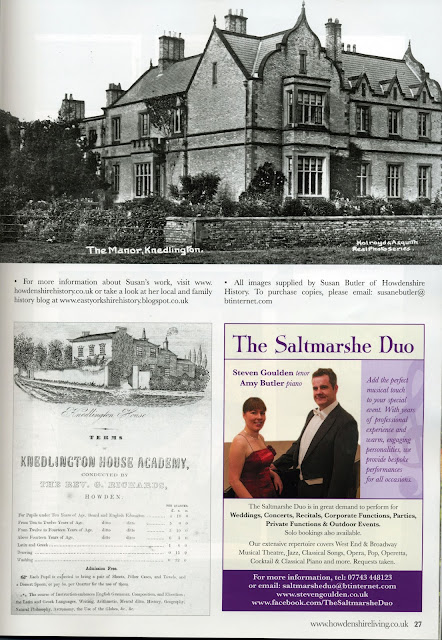 Posted by Susan Butler at Saturday, January 30, 2016 No comments:

Now we are in 2016 and still the weather is mild - I have daffodils from my garden on the kitchen table. Also on the kitchen table were two eggs - one a normal sized egg and one an eye wateringly large egg laid by one of our hens yesterday.  The others are laying well but I expect the hen who laid this whopper will be resting!

The garden is very wet and Molly has to have her paws dried when she comes in if we are not to have muddy marks all over the floor.

In my last post I  wrote about Mark Faviell who lived at Amcotts Lodge. He was a contractor on the local Goole Aire and Calder Navigation and since writing about him I have been learning more about other contractors - until quite recently a somewhat neglected aspect of the town's past.

We already knew about Messrs Jolliffe and Banks - see my website [http://www.howdenshirehistory.co.uk/goole/jolliffe-banks-engineers.html

and are now turning our attention to Hugh McIntosh who was responsible for constructing the Steamship Lock and Dock and the graving dock.

I have also been looking at the story of Thomas Bramley from Snaith. He left Yorkshire for Australia in the 1850s and was unfortunately murdered in 1867. His murder was reported in the  newspapers of the time as The Rokewood Murder.


Posted by Susan Butler at Wednesday, January 13, 2016 No comments: