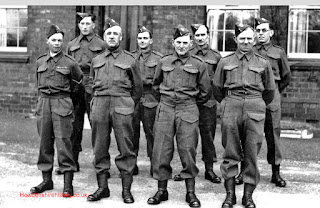 After writing this blog I had a request to include another home guard picture of Skelton men I have. This is said to have been taken at Kilpin Hall farm where the platoon met. I do not know the names but  recognise faces from the other picture included below. Can anyone help?

My blog title is jottings about history and the countryside so I will include a few nature notes! Many years ago my mother, Joan Watson used to write a weekly column in the Goole Times entitled nature notes and each year - it became a running joke - she used to mention  that every day it was getting 'cock stride lighter' . And it is - despite the many reasons there are to be gloomy it is pleasant to walk Molly around teatime and  be able to see the signs of life in the countryside.  Yesterday at dusk I watched a barn owl hunting.

The snowdrops are carpeting the garden, the blue tits are exploring the nest boxes and I have a bunch of our own daffodils on the windowsill. But it's still very cold and snowy,  the water level in the pond is high so winter is still with us. We are feeding the birds and I managed to catch this visitor to the peanuts yesterday. Soon be hearing him hammering on the trees I hope. 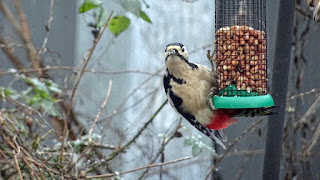 We are still in lockdown however and I am keeping busy with local history. All sorts of queries arrive via e mail to my Howdenshirehistory site and I try to reply and help where I can.  A lady in Florida is tracing her Hutchcroft ancestors, originally from Kilpin; I have sent a friend information on salmon fishing in the Ouse at Saltmarshe and I have been given a folder  of old photos and documents relating to the pole yard at Staddlethorpe.
But this week after a house history query I have set myself the task of finding out more about Skelton.  I have limited myself to houses and their occupants along the road between Kilpin Pike and the Skelton railway bridge [ ie not Howdendyke or Sandhall as yet] but there is still a surprising amount of history to go at!!!
At one end there is the Skelton shipyard where until the early 1900s sailing ships upto 240 tons were built and launched across the road near the former Jolly Sailor pub. Some were described as being of English oak and copper-bottomed.
Many occupants of the village were mariners and there was a sad event in  November 1860 when the coasting vessel Charity was lost off the Norfolk coast. The Hull newspaper describes how
She was bound for Rouen with a cargo of'coal. The captain and owner; Mr Jewitt of' Skelton near Howden was on board with his wife and niece about 16 years of age. The crew consisted of five men,  four of whom were saved.
Two of them; WilIiam Till and George Cottarus, of Howden Dyke, reached home on Thursday. They described the situation of the vessel, after she struck on the sand as terrifying  with the sea breaking over them so furiously.
Mrs Jewitt was the first washed  overboard; her loss appeared to unnerve the captain, who was clinging to the mast, and he speedily followed. The niece, who was being held by two of the young men in the rigging died in their arm. Boats from the shore three times aproached but were unable to get near enough to render assistance. For eight hours the four survivors clung to the  rigging and were nearly exhausted, when Captain Thomas Tye, of the smack Tyrrell, who had already had one attempt to reach the wreck, encouraged his men to try again, saying "God Almighty would be with them." His words proved true, and their faith enabled them to save from their impending fate four human beings.
There is a  family gravestone in Howden churchyard which reads as follows:
To the memory of Mary Ann the wife of Thomas Jewitt of Skelton who departed this life on the 14th day of October 1840 aged 22 years.
In memory of Thomas Leighton Jewitt aged 53 years Ann Jewitt aged 40 years and their niece Alice Hunt aged 13 years who were all drowned at sea on the Longsands November 17 1860.
I have also found details  of an 'elopement' in 1867 which must have rocked the village.  The report appeared in newspapers all over Britain. A  24 year 'navvy' working on the new railway bridge was lodging with a Skelton couple, the Jacksons.
One day Mr Jackson went home from the harvest field to find both had disappeared taking with them  £140 in money (which had been kept in a bag under the bed), a ham, a tapestry carpet, a featherbed , sheets and blankets and other articles.  Eventually they were tracked down and the young man spent 6 weeks in prison.
I am now looking at the history of the farms, the chapel and the school. If anyone has memories or pictures I intend producing a small booklet similar to the one I have written about neighbouring Saltmarshe as well as putting a page on my website.
Below are two pictures of Skelton people. 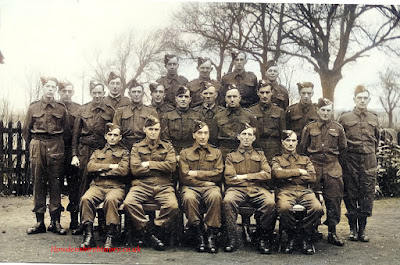 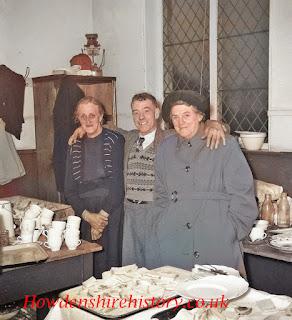