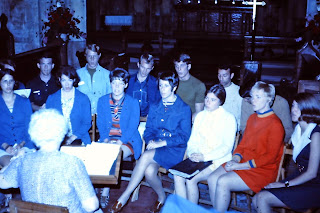 It's a lovely summer's day and I am going outside soon to  water all the plants in pots - and give some to our chickens. They are confined to barracks at the moment as we have had a fox visit and our flock is now two down.

I have been having a musical summer so far. My daughter Amy Butler and her partner Steven Goulden  aka the Saltmarshe Duo http://www.saltmarsheduo.co.uk have, in addition to their own musical commitments, organised a series of free lunchtime concerts in Howden Minster.

These are proving very popular and are of a very high musical standard. The next one is Thursday 11th July and is performed by nationally acclaimed oboist Elizabeth Kenwood. My role in the concerts is to greet people as they come in. Many have not visited Howden before and find it, as indeed it is, a delightful small town.

Last night I attended the Snaith Choral Society's summer concert in the Methodist chapel there and thoroughly enjoyed it. Amy was the accompanist and we were treated to a 4th July themed programme including works by Gershwin and Aaron Copland.

The bees are happy too now the sun has come out and are working the many lime trees around us and we have been picking redcurrants and raspberries.

It is also a time for family history visitors. I recently showed an  American descendant of the Ainley family around  Eastrington, Snaith and Kellington and have sent a  copy of my book on the history of Eastrington to California.

This morning I was visited by descendants of the Carter and Clough families, brewers and bankers, who lived in Howden in the nineteenth century. And coincidentally I have just been transcribing a diary written by Elizabeth Storry whose husband too was a banker in Howden.

Her family were friendly with the Hutchinson family at the Rectory.  Frances Hutchinson, a daughter, was an artist and we recently put on an exhibition of her works in the Shire hall.

So poor old Molly [our Labrador ] has spent some time in her bed.  What with piano and singing pupils and family historians the place is not her own - although she thinks it is.!!!! 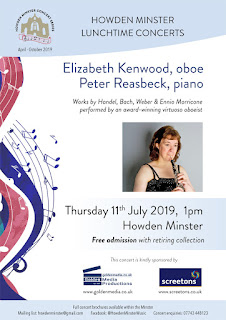