It has been very stormy the last few days and we have had lots of small branches and leaves strewn around the garden. This got me thinking about the similar situation on Howden Marsh where trees there I gather have been damaged too in this unseasonal weather.

Howden Marsh is now a very popular nature reserve but how many people, particularly those new to the town know of its history. It has been an area of common land for centuries - marshy of course but not covered by trees.

We get an idea of the open space from a report of an event in May 1863.

The first battalion of the East Yorkshire Rifle Volunteers was reviewed at Howden on Monday, by Major Saltmarshe, the commanding officer of the battalion. The Howden company assembled in the Market Place about eleven o'clock, and, accompanied by their officers, marched to the Railway Station to await the arrival of the volunteers from a distance, who came up by the 11.25 a.m. train, and the whole of them were then formed five abreast, and, headed by the Driffield band, marched to the Market Place, where they piled arms, and then proceeded to Clayton's Half Moon Hotel to partake of the luncheon provided for them.

In half hour the march was resumed, the halt finally being made on Howden Marsh, a large unenclosed open space, just at the outskirts of the town. The various military manoeuvres, light infantry drill, &c, were gone through in the most satisfactory style, the firing, both of the companies soparately and of the whole battalion, being executed with great precision.

Shortly after four o'clock the volunteers again marched to the Market Place, and after few words from Major Saltmarshe, expressive his great satisfaction with the way which they had gone through the manoeuvres of the day, they were dismissed.

The number of privates and non-commissioned officers present, as far as we could ascertain, was—Howden, 38; Bridlington 28; Driffield (with band), 51; Beverley, 13; Market Weighton, 12; total, 135.

The Marsh was later, in the 1880s made smaller when seven acres of it was needed for the building of the Hull and Barnsley railway.

But in the 1900s It was  still the area where local people grazed their cows - stray animals ending up in the town pinfold on its edge. The cows were often dairy animals and provided the townpeople with much of their milk,

In winter months The Marsh froze and Howden people were able to go ice skating with the chance later to buy hot peas and vinegar from local lady Mary Good.

And in summer it was also in use. The Howden cricket club, at their annual meeting in 1904 decided to adopt The Marsh as their home ground.

A  report of a court case from 1910 gives us an insight into the large watercourses of the Marsh, into police work - and also into the juvenile crime of the time.

William Connor (21), and William Kenny (16), Howden, were charged with having stolen large plank, valued at 7s, the property of Mr George Wm Green of The Parks Farm, Howden,

Mr Green stated that on Tuesday morning 10th May, on looking around his farm, he missed a plank of wood, nearly 20 feet in length, which had been used as bridge over a drain, and worth from 7s to 10s.  He had seen it safe on the Sunday

P. C. Robson  instituted inquiries. Just before dark  he visited the Howden Marsh, where he found the stolen plank in a drain. It had been cut in two and the ends secured in a sheltered position on the bank. He watched in the vicinity until about 4 o'clock the next morning.

At 2 p.m.  he again visited the Marsh, and found that the wood had been removed.  As a  result of further inquiries  he visited Connor's house, and after cautioning him him with stealing the wood, Connor replied, Yes,  I got it. I am very sorry. We towed from Mr Green's premises into the Marsh down a drain, and I have just taken into Ringrose's field to dry."

The same day Pc Robson met Kenny in  Pinfold-street, who, on being charged with being concerned with Connor in stealing the wood, replied, "Yes, it's true, we got it." The wood was found concealed beneath grass in Mr Ringrose's field.—Both pleaded guilty.—'The Chairman said that as they were so young, the Bench would deal leniently with them. There would be a fine of 5s and 7s costs each.

Now the Marsh is planted with trees and is a haven for wildlife. The picture below [taken by Arthur Henrickson] shows it in the process of construction. Does anyone have the date? 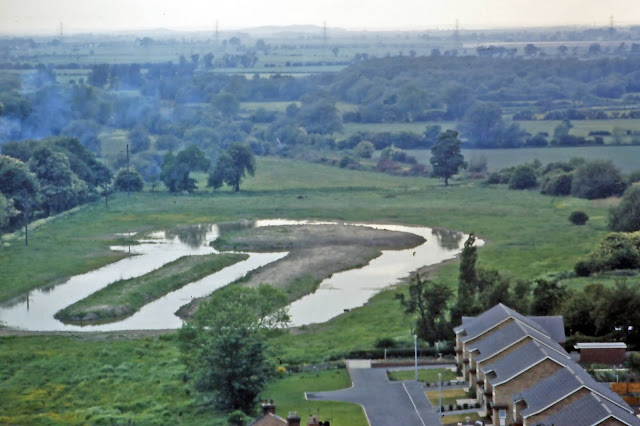 Posted by Susan Butler at Wednesday, August 26, 2020 No comments: 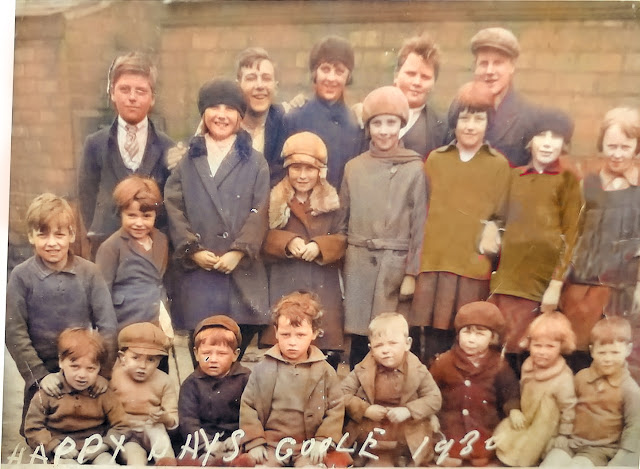 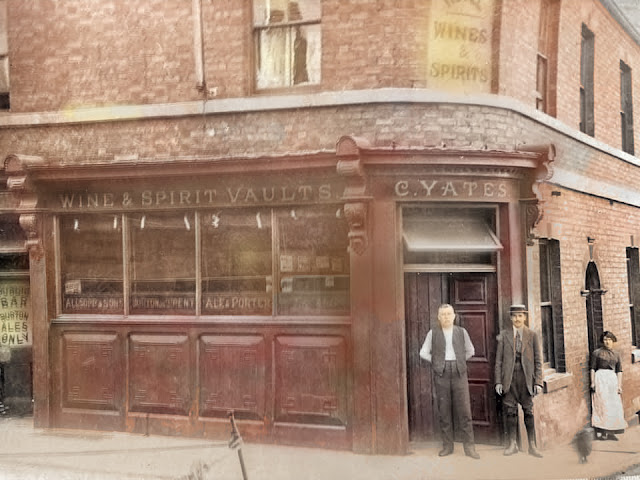