Yesterday was Heritage Day and we spent it at Eastoft which is on the edge of the Marshland or the Isle of Axholme, which ever way you want to look at it.

In fact the Eastoft village hall where I gave a talk stands between the two roads, in what was originally the river bed. The hall is a small building and was built as a Methodist chapel.

The ladies of Eastoft WI had been awarded a grant to run a 'war day', the main purpose of which was to commemorate the soldiers whose names appeared on the pretty village war memorial just up the street.

We had spent several hours researching the stories of these men and had written a booklet giving a small biography of each man. These were given away to visitors to the event. There was a buffet too and wartime songs from Rose.

I talked about the men, interspersed with local old pictures and some information I had found about the role Ousefleet [or Empson Hall as it is called locally] Hall had played in 1917 and 1918 when it was used to house around 150 young women who came to help with the potato harvest.

Afterwards I was all 'historied out' and after enjoying a meal in a local carvery I made a log fire and watched the Last Night of the Proms on TV.

Below are the names of the Eastoft men from the village war memorial. 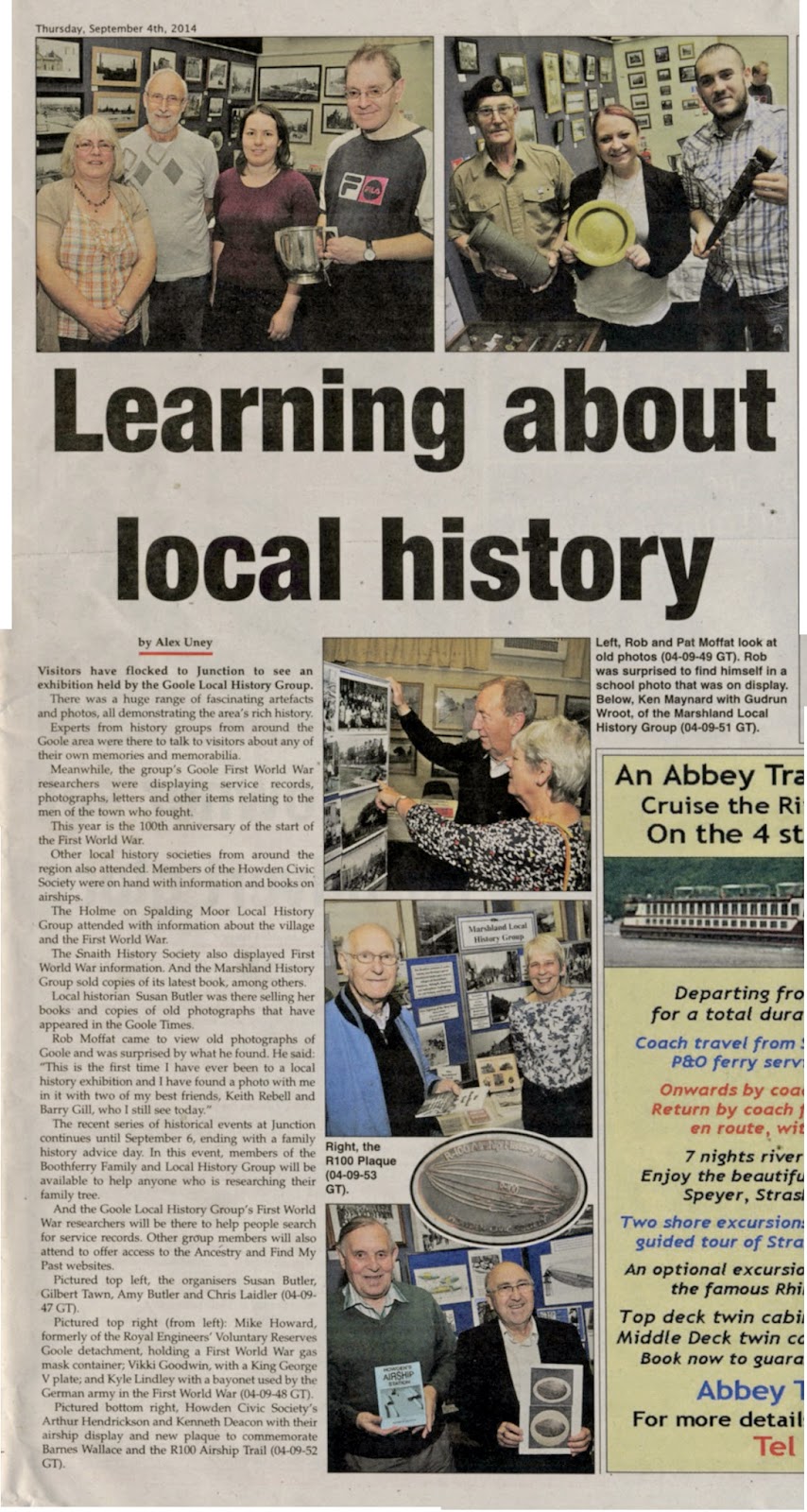 Posted by Susan Butler at Sunday, September 07, 2014 No comments: