I am writing this on what is, I think, the hottest day of the year so far. I have been watering my tomatoes in the greenhouse and am hopeful that they will begin to ripen soon. Both dog and cat are lying flat out on the drive having found patches of shade.

It has been a busy week beginning with my new cooker arriving on Monday morning at 6.45 am, a birthday meal for a friend on Wednesday, a lovely clarinet and piano concert in Howden Minster and on Friday watching a young man cleaning out the excess reeds and other plants out of my pond. He had to be very careful as the pond was originally used as the rubbish tip for the estate joiner and included lots of glass. This was long before we had dustbin men!! He began the job a fortnight ago and then we left the debris out on the side to allow any creatures to return to the water.  It was a very smelly job on a hot day and I was pleased to stand and watch. He worked hard.

On the local history front I have been asked to give talks to both Howden Civic Society [September 1st in the Masonic Hall]  and to the Boothferry Family and Local history group [ in the Courtyard on September 18th]. I am a member of both groups and plan to show some old photos - but who knows  what will be happening by then with Covid and will people want to come and sit near others and will we still be wearing masks? I can only prepare and hope.

I continue to  collect old pictures, some of which I hope to be showing in September. Here are a few. I collect pictures from a wide area of what is now all called the East Riding of Yorkshire but was once very definitely East Riding and West Riding. Some of my collection includes family photographs and I always try to get the names - so many beautiful photos  are lost to descendants as no-one knows who they are. 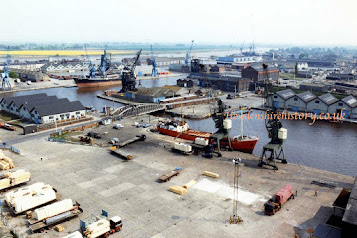 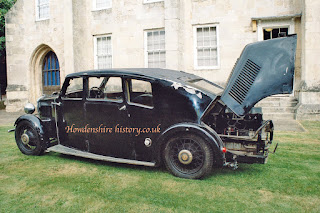 Recently on facebook I read a message about the Tutty family of Howden. I was interested as there seemed to be several  family connections with local villages - Tutty Row in Howdendyke, Spaldington and Eastrington.

So I have had a look at them and found a vast family who worked on the land in this area for over 200 years - and the name Joseph passed down through the generations.

The first Joseph [1] I have found was born in 1768 although I cannot find where. The name is often mis -spelled in the records. He married Elizabeth Sargeson at Holme on Spalding Moor in 1794.  Their son John was baptised in 1795 and they were then living at Skelton where Joseph was working as a labourer.

There was another son Joseph born around 1795-8 who declares on census entries that he was born at Eastrington but I cannot find a record.

Sadly Elizabeth died of consumption in 1799.

Joseph [2] [ described as 'of Howden'] married Hannah Cowlam/ Cowlin/ Cowling  at Bubwith in 1818. Their daughter Jane was born the same year but sadly died aged one. The family were then living at Hive near Eastrington.

This is the area between the Royal Oak and Welham Bridge - where  Snowden Dunhill once lived.

George remained as a farm labourer at Spaldington Outsides.  His father Joseph lived with them until his death in 1883. His age at death was 88 giving a birth date on 1795. He and his wife Mary had at least  6 children including Joseph [4] born 1858.

Joseph [3] married Mary Nothard in 1848 at Bubwith. He moved around from Hull, where his son Joseph was born in 1855 to Laxton and settled like his brother at Kilpin Pike where he too worked in the chemical works. He and Mary had at least 9 children. One son, Charles, became a shipwright. He married Mary Hunt and in 1911 she is shown as a grocery shop keeper. Charles is elsewhere. The Tutty family owned Tutty Row.

John also moved to Kilpin Pike where he was a labourer in the fertiliser works. He and his wife Hannah had three daughters and lived in a row named in the 1881 census as Prospect Villas. His wife  died in 1910 and he in 1913.

Charles briefly moved to Hull but returned to Spaldington farming 65 acres between Sykes and  Ivy house farms. He died in 1908.

His death was reported as follows

DEATH OF A SPALDINGTON FARMER.) Quite a gloom was cast over the village and district on Sunday afternoon when it became known that Charles Tutty, farmer, had died in his chair. Mr Tutty was his usual good health on the Saturday, when he attended Howden Market but  on his return home complained of pain in the chest. On Sunday the was seized with violent pain and his daughter, Miss Kate Tutty, tried to administer brandy,  but he expired in his chair.

Henry Green, Coroner for Howdenshire, held an inquest. Mr William Tutty, son. deposed that his father had  enjoyed good health, and, to his knowledge, had never had a doctor. After hearing evidence from  the son and daughter,  he returned the verdict of "Syncope."

He leaves two sons (one in America), and four daughters

William Tutty of Spaldington died in 1943

Joseph 4, George's son, born in 1858 married Hannah Ferguson in 1881 at Bubwith. In 1901 they were living next to The Plough Inn in Spaldington. Their son Archie married Effie Wiles and their daughter Vida [later Walker] was born in 1927. It was said that Joseph and Archie were known throughout the area as very good sheep shearers.

I found the Tutty family interesting to research even if there were a great number called Joseph!. There are several family gravestones in local churchyards  of Howden and Eastrington. If anyone has anything further about the family to add I can include it.