I recently saw in the Goole Times a picture of a Goole Old Boys rugby team but unfortunately no names were given. 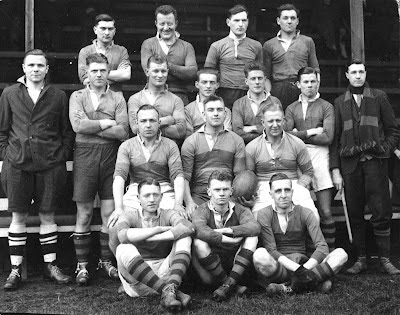 If anyone can add any further information about the team members I would be pleased to  add it in here.
For example those who are interested in Howden's history will be pleased to see local historian Ken Powls on the back row. Ken is still an enthusiastic writer of pieces about the history of the town.
Posted by Susan Butler at Saturday, June 02, 2012